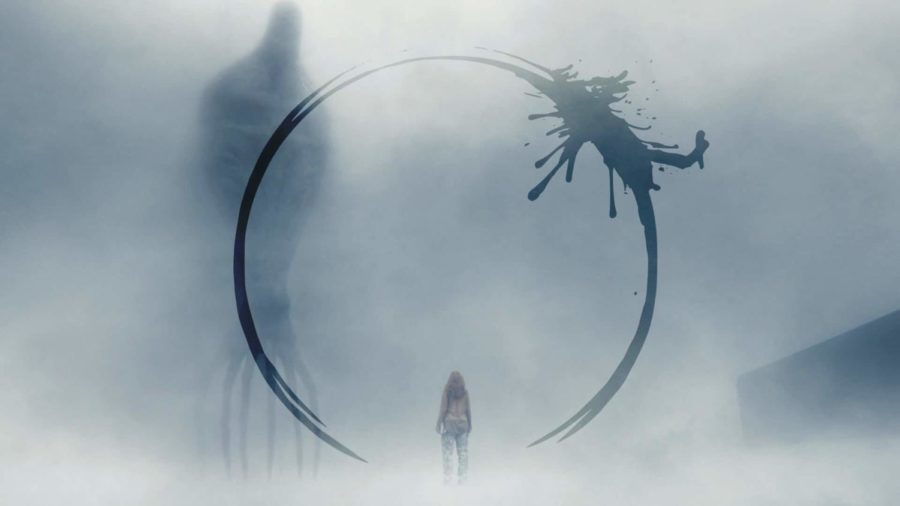 The written language of the Heptapods

Readers, please keep in mind the following has spoilers regarding the movie “Arrival”

“Arrival” is a science fiction film about aliens parking their mysterious UFOs all across the world. Government leaders across the planet are desperately trying to depict and decipher what the aliens’ purpose is for being on Earth. The main character, Louise Banks, experiences constant flashbacks of her daughter who passed due to cancer while she tries to get through her daily life. She’s a skilled linguistics professor who will lead Ian Donnelly, and a team of investigators to unravel the mysteries of these UFOs.

One of the first scenic views of the movie is a full shot of one of the spaceships. In order to grant access inside the spaceship, every day they wait until a certain time when the doors open. The special effects of the gravity shifting from horizontal to the team floating vertically inside the UFO is breathtaking. Bending reality to where it can almost seem realistic is very entertaining in Sci-Fi movies. The first shot of the aliens, which are known as Heptapods, is also very lifelike. It’s enjoyable to see otherworldly creatures compared to humans to get an idea in your mind.

Another great aspect of movies in this genre is how deep they’ll cause you to ponder. This movie does an excellent job of not being predictable or cliché. The second you think Louise Banks will crack the code and unravel the mysteries of the aliens’ unknown language, another obstacle comes instantly. The acting also never falls short with stars such as Jeremy Renner and Amy Adams. Throughout the film, they keep it immersive and intense.

One slight problem with the film is that they showed the creatures too early. Keeping the antagonist and/or monsters of the film mostly unseen causes viewers to be more engaged. A great example of this is in the movie “Jaws”. Although the effects in that movie are not the greatest, they kept the antagonist concealed to create suspense. The Heptapods in “Arrival” stayed hidden for a while amid their foggy atmosphere, but they became pretty much exposed when the group got closer to their glass barrier.

Towards the end of the film, Louise understands their language fluently and discovers that they needed help from Earth. The heptapods have the ability to time travel and know their consequences in the future, so they come to Earth in search of help. Louise’s flashbacks ended up being visions with her future daughter who gets cancer. Whenever she started to understand their language, she gained the ability to time travel. It gets kind of confusing in the conclusion, but that’s what makes the movie fun to think about. You can interpret the ending however you want, and you can gain different messages.