Why I think New Year resolutions are stupid 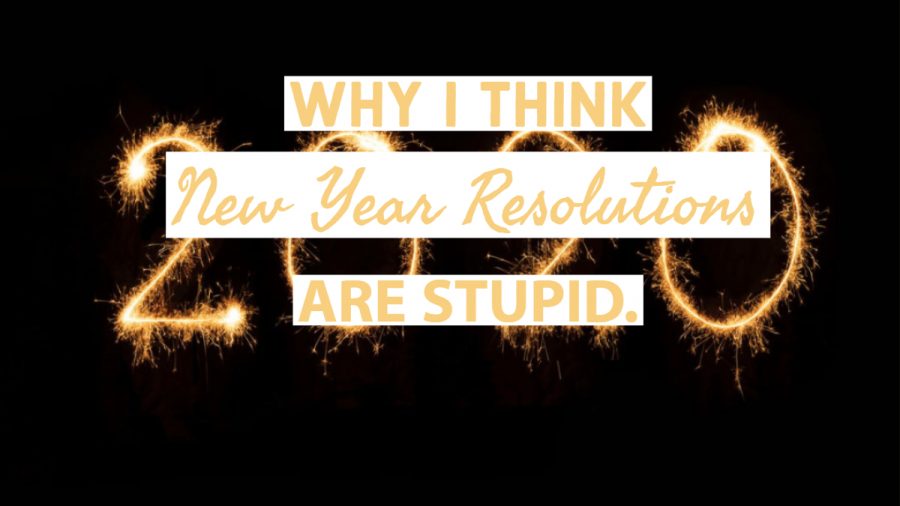 As we roll into the new year, we end up realizing many things. Mostly the things we haven’t done and the things we want to accomplish before the next year comes along. Of course, humans had to make a somewhat traditional competition out of this, and call it “New Year’s Resolutions” and now, it’s all about whether or not Stacy has really cut back on caffeine like she said she was, and how all the rest of the soccer moms are judging her, because they’ve all been keeping THEIR resolutions, and they find it oh so disrespectful.

So yes. I, Carolina Gonzales, do not believe New Year’s Resolutions are all that effective. Here’s why.

NOBODY EVER KEEPS THEM. SERIOUSLY. According to a study conducted by the University of Scranton, just 8 percent of people achieve their New Year’s goals, while around 80 percent fail to keep their New Year’s resolutions. I’d say that’s a pretty big chunk of exactly why I think they’re stupid.
Most New Year’s Resolutions are unrealistic. According to a 2017 YouGov survey, the top three general resolutions are eating healthier, getting more exercise, and saving more money. Now listen, I get it, you want to get your bad habits and throw them all away in the trash and become better, but an addicted gambler just doesn’t stop out of nowhere because he suddenly has an epiphany and realizes how much money he’s losing. Nine times out of ten, it’s a process and you can’t just quit cold turkey.
We don’t put enough time into our resolutions. According to U.S. News, approximately 80% of resolutions fail by the second week of February. Technically speaking, we only consistently put time into our resolutions for 39 days before we give up on them. Maybe, just maybe, if we put more effort and thought into them, the success rate would go up. Just a thought.

Resolution or no resolution, waste of time or no waste of time, people will still make them even if they think they’re effective or not. So take it as you will, but I definitely think that they’re ineffective, and a complete waste of time if the only reason to change is to keep up with your perceived cultural standards.