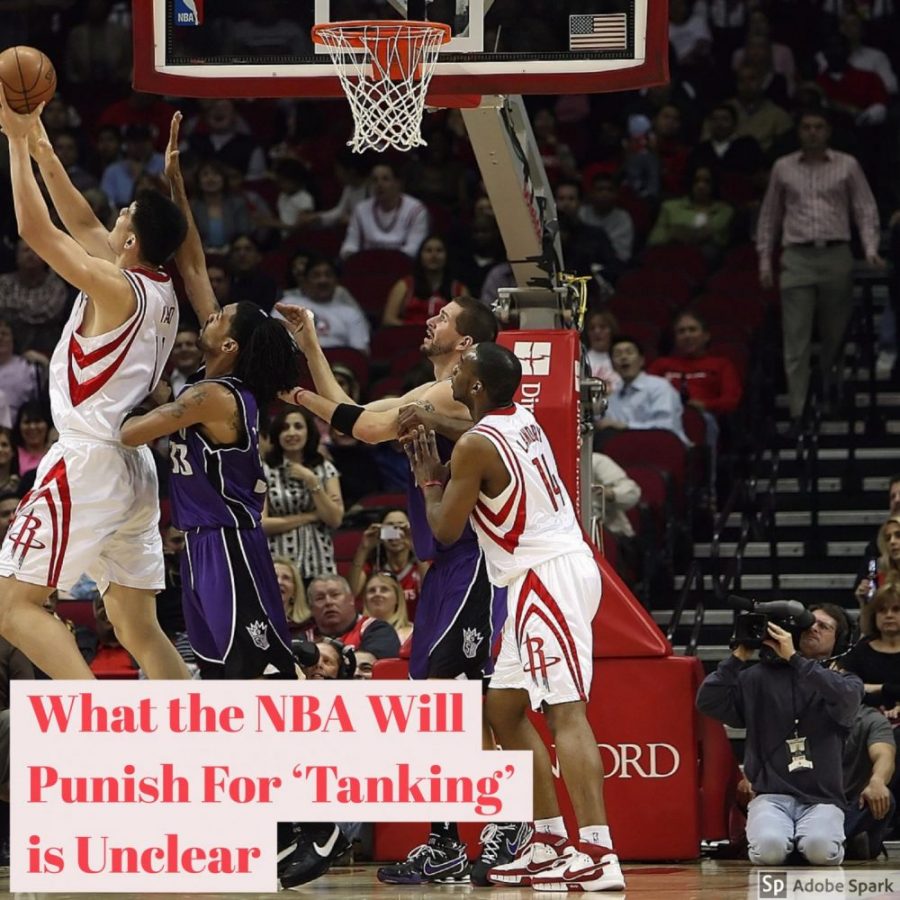 When the Philadelphia 76ers missed the playoffs in the 2012-13 NBA season, many questioned how the following case of almost undeniable tanking took place without raising any flags from the league office. Meanwhile, other teams have been punished for what seems to be much less of a detrimental effort.

The 76ers went on for three seasons without surpassing 20 wins. They won just 10 games out of an 82 game schedule after drafting promising center Jahlil Okafor in the 2015 season, giving them a win percentage of .122. Last season breakout star Joel Embiid lead the team to only 28 victories, all while spreading the now famous twitter campaign #trusttheprocess.  During this time they were able to stockpile draft picks and build a team on a core of the best young talents through the draft.

Embiid averaged just 25 minutes on the floor in the 2016-17 season, an unusually low amount of playing time considering he is a 22 year old player with the keys to the team. In fact, almost all their starters averaged LESS time time than Embiid. Their leading scorer for the season Dario Saric averaged just 26 minutes and under 13 points a game. Despite drafting Ben Simmons with the first overall pick in 2016, who would have added a lot of depth and scoring to the lineup, he did not play a single game that season for the 76ers.

Breaking into the 2017-18 season, it was amazing how so suddenly the team saw success. Suddenly, the minutes played by their top players increased significantly. Embiid has averaged 31.4 minutes through 51 games played, with a clear difference in minutes played between starters and bench players, a line that was almost nonexistent in the previous few seasons.

Lead by three starters who are under the age of 24 in Simmons, Embiid, and 27-year-old Robert Covington all playing with the experienced 33 year old J.J. Redick, the 76ers find themselves in a playoff spot at 6th place in the Eastern conference, all this with two emerging young superstars on the team that they have been able to collect through draft picks, which they seemed to have intentionally put themselves in a situation to give them key young players.

Through the entire losing period following 2013, neither coach Brett Brown nor the general manager Sam Hinkie have been fired. This may be the most identifying mark towards the fact that this level of suckage has been intentional. Under any other circumstance, if a team loses anywhere near that number of games in a season, the coach would be fired immediately, more than likely along with the general manager.

Amidst this, the Dallas Mavericks’ owner Mark Cuban was fined $600,000 by the NBA this past week for so much as mentioning the statement on an internet podcast, “losing is our best option”, while simply stating from a realistic fact that losses give them a better chance at a higher draft pick in the coming off-season to give the Mavs a piece to build around.

The Mavericks have endured several tough seasons. Since winning the championship in 2011, it seems that the team has had a very difficult time finding themselves back in playoff contention, let alone the ability to compete for a championship.

Nothing they have done seems to signify that they have been intentionally losing games to pile up draft picks as the team has actively pursued free agents during the offseason, while holding onto an aging, likely first ballot hall of famer in Dirk Nowitzki.

But apparently, in order for a team to be tagged and punished for tanking, the owner has to say in an internet podcast what puts the team in the best position for the overall outlook of the team.

If the Mavericks were punished for actions of their owner, why then, were the 76ers completely unpunished for what seems to be undeniable evidence of intentionally tanking for four entire seasons.

“We have been careful to distinguish between efforts teams may make to rebuild their rosters, including through personnel changes over the course of several seasons, and circumstances in which players or coaches on the floor take steps to lose games,” NBA Commissioner Adam Silver said, “The former can be a legitimate strategy to construct a successful team within the confines of league rules; the latter — which we have not found and hope never to see in the NBA — has no place in our game.”

There seems to be an obvious problem of inconsistency in the league in terms of how they manage teams intentionally tanking for draft picks. Either punish them all, or punish none. It is inexcusable and unfair to treat teams differently.

No single person can tell you exactly what to think, but the facts are that the league either is missing something that is right in front of their nose, or they simply do not care until any such words considered “detrimental to the league” are muttered publically.